Skip to main navigation Skip to main content Skip to contact form Skip to side nav Skip to footer
Estimated reading time: 4 minutes A Missed Opportunity: Why Brands Are Failing To Make The Most Of A Data Goldmine That's Right Under Their Noses

A Missed Opportunity: Why Brands Are Failing To Make The Most Of A Data Goldmine That's Right Under Their Noses 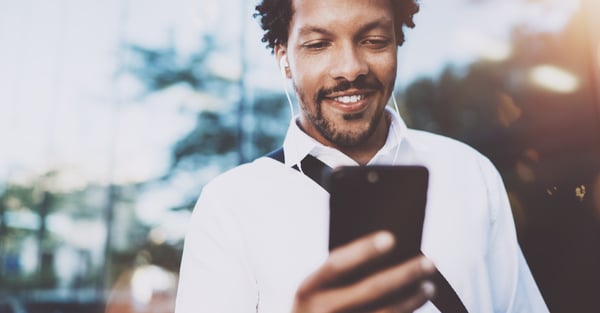 Overcoming the culture of "the way things are done"

How well is your business tracking and targeting customers?

The obvious answer is 'as well as we possibly can be', right? Well, it's what you'd say in front of your boss at the very least. But answering honestly, many would answer that they either aren't exploiting data to its ultimate potential – or that they don't know how.

Sure, even the most basic websites nowadays are using some form of analytics to get basic measurements about who is using their site and how – daily active users, session times, unique page visits – and the implementation of these analytics tools is simple.

And for more sophisticated setups – small to medium ecommerce sites, for example – there are more advanced metrics to watch, such as conversion rates, bounce rates and session value. So we can figure out that sales went from x to y last month, and based on this we can make decisions about what products we should promote, what areas we should serve and how to target current customers.

But we all know that, right? And if we all know it, then our competitors do as well – so what’s going to give us that killer edge? As these tools have increasingly become the norm, how people use them has become somewhat stagnant and in some cases even counterproductive.

A more advanced approach to analytics will query why sales went up, what if they continue to go up, how far can they go, what will happen next, and what should an organisation do?

What's holding us back?

With the technology available at our fingertips these days, it’s incredible that widespread, comprehensive adoption of these more advanced methods isn’t commonplace. Businesses have the potential to gain richer insights into what is really driving their customers, but they're simply not doing it. So that leads to a fairly obvious question: why?

We find that the barriers can be technological, psychological or cultural – both on an individual and organisational level.

In some companies, there may not be a sufficient level of expertise to delve beyond the first layer of stats. The obstacle of knowing what to look for and how to use the data that's mined is a pretty big one for many organisations to overcome.

Some businesses, infamously, have a culture of "that's just the way things are". In these cases, the current success or failure of the brand is considered to be outside the sphere of control of its own processes. And so they continue to do what has always been done regardless of whether it can work in the long-term, or whether it has even worked in the first place.

Other companies suffer from a more difficult problem to solve: they have the wrong mindset. Generally this can be summed up as short-termism, where the day-to-day operations become so overwhelming that implementing big, chunky change is too much to bear – but it can be down to any combination of other factors, often overlapping with the two mentioned above.

It goes without saying that businesses stuck in these ruts will struggle to go ahead. So what can be done to break the cycle?

To answer that, we need to look first at what forces a change.

Sometimes, the change comes from within – accessibility of the technology, more widespread comprehension, younger generations moving into positions of increasing power. Other times, its origins lie outside the organisation, such as economic shifts forcing a re-evaluation of working methods.

And more often than not, in companies that have suffered from some degree of stagnancy, both can trigger the ‘coiled spring’ effect – a large change in a short period, brought about by a sudden realisation that it's time to catch up.

Ask yourself: what triggers could see widespread change in my business? Do I need to recruit additional expertise to shake things up, or contract an agency with experience in transforming digital practices? Will demonstrating the early green shoots of success re-engage a team that's been stuck on a hamster wheel? Do these triggers need to be held back until some point in the future... or is it a matter of acting now, or being left behind?

Once this spark has been lit, huge benefits can be reaped in surprisingly quickly – to say nothing of the medium- and long-term effects, which could mean the difference between success and failure as a business.

Invest in more advanced layers of analytics – with greater targeting and understanding of your customers, a more refined knowledge of how and why people interact with your company and, most importantly, a greater insight into what you are doing wrong – will pay off.

In most industries, due to the widespread failure to adapt that we've witnessed and discussed, it's not too late to get ahead of the game and avoid playing catch-up. Acting now, and bringing in the expertise you need to demonstrate the potential effects of this advanced data-led approach, will help you retain that advantage.

As more and more companies hire people who are more knowledgeable about the full scope of analytics, their use will become the norm – and checking daily page views, email opens and conversion rates simply won't cut the mustard any more.

You can either act or react. The choice is yours.