Skip to main navigation Skip to main content Skip to contact form Skip to side nav Skip to footer
Estimated reading time: 5 minutes Is sponsorship in sports marketing in need of a health check

Is sponsorship in sports marketing in need of a health check 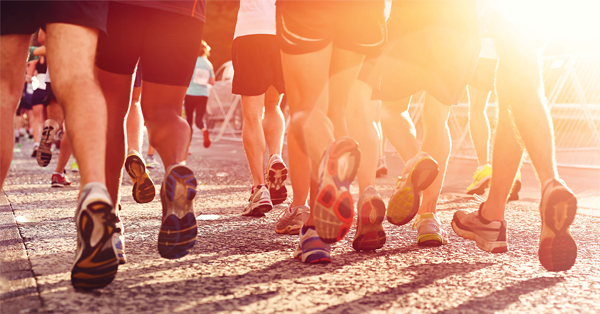 In 2015 City A.M., a London based newspaper, featured a piece on sports sponsorships during the FIFA World Cup. The article delved into the prudency of brands agreeing to official sponsorship. It suggests that such was the level of saturation World Cup focused content that people were struggling to identify which brand was an official sponsor, and which wasn’t.

Social media in particular was highlighted as one of the potential causes. The ease in which social channels allow users and marketers to push out and share content means brands “piggybacking” on the FIFA World Cup hype could essentially circumvent official channels. But is this a deathblow for sponsorship marketing? According to the author of the article, while the pressure is palpable, it’s unlikely official sponsorship is about to disappear.

There’s no doubt that brands that are savvy in the online space have more opportunity now to associate themselves unofficially with events. But there is still a strong ROI to be had for brands willing to fork out for an official sponsorship. Over the last twenty years Heineken’s rugby sponsorship outlay sits on their balance sheet at a princely $138 million. That’s a lot, right? Sure, but the 2011 Rugby World Cup had a combined audience of over 4 billion viewers, and the 2015 event attracted 2.6 million fans to the live games. When you consider up to 50% of Heineken’s beer sales volumes are sold in the twenty participating countries – it’s starting to look like money well spent.

On the flipside, Pepsi had the greatest brand awareness of any sponsor among US consumers during the 2014 FIFA World Cup. Some achievement. One caveat – Pepsi weren’t a sponsor. Yet their football related marketing ensured they were highly visible throughout the event. Despite Pepsi’s high profile, official partners Coca-Cola didn’t see any negative impact. In fact 66% of UK and US consumers were able to identify Coke as the official partner in the GlobalWebIndex research. The take away being that both approaches can be effective depending on the desired outcome.

At this point it’s worth mentioning the misconception that opting out of official sponsorship in favour of other channels saves money. This is not always the case as the money is spent elsewhere and often takes the form of a huge investment in individual athlete sponsorship. And to generate huge exposure without a partnership agreement requires an intense level of marketing activity to take place. Take Nike, a brand that is renowned for nailing their marketing around large sporting events without actually partnering with them. Footballers with the appeal of Cristiano Ronaldo don’t come cheap. Similarly at $25 million per year over a 10 year contract, Rory McIlroy is a serious investment in golfing market for the brand. Brands also need to factor in an athlete’s performance and public profile. It’s worth noting that when McIllroy’s form slipped just after signing with Nike, some commentators cited his clubs as an issue.

That’s why becoming an official partner is a far less risky strategy. With that in mind, Nike’s partnership with the NFL guarantees their famous swoosh logo will be front and centre on the leagues standout teams and star players this year. Adidas reaped the benefits of a similar situation in the 2014 FIFA World Cup through sponsoring the tournament, winning team and captain. Suffice to say they saw a marked increased in revenues post-tournament from the diversification of their sponsorship.

But it’s not just traditional sports brands that can benefit. Land Rover can bank on a lot of attention from their association with last year’s Rugby World Cup. Lawrence Dallaglio, one of the game’s most decorated players and now a respected pundit is also one of their brand ambassadors. Their stature in the eyes of rugby fans is further cemented by the brands affiliation with British and Irish Lions, and their sponsorship of Wasps, one of England’s most successful rugby clubs.

However, it’s enough to simply sponsor an event or athlete and watch returns roll in. For brands to get the most of their sponsorships they need to be able to integrate them with their overall marketing strategy. The 2012 ad campaign from US insurance company State Farm featuring Chris Paul and his fictional brother Cliff is a great example. They set up a Cliff Paul Twitter account and gained 33,000 followers placing the band at the centre of the conversation amongst their target audience.

It’s worth remembering that in heat of the event, even the most meticulously planned, strategy savvy sponsorship campaigns can be usurped by sheer opportunism. When the lights went out at Super Bowl 47 Oreos tweeted a darkened image of a cookie with the line ‘You can still dunk in the dark’. It was retweeted over 15,000 times and got 20,000 likes when it was posted on Facebook. 300,000 results show up on Google when you search for “Super Bowl 47 Oreos”. From a cost to exposure ratio this has to be one of the greatest in history. It should, however, be viewed in the vein of a short-term impact akin to a one-off Super Bowl ad.

For long-term benefits, especially brand affinity, direct association is still the way to go. You only have to look at Heineken, who sponsored the European Rugby Champions Cup, which was called the Heineken Cup before regulation of alcohol and sports. This put Heineken’s name on a tournament that was broadcast into the millions of homes of one of its biggest markets for years.

So, what do brands pay for the privilege of being an official partner of a large event, and is the cost putting pressure on the practice of sports sponsorship? The short answer is not as much as you’d think relatively speaking, and not really.

FIFA charged 20 companies $1.4 billion to sponsor the 2014 World Cup. Compared to 2010, that’s only a 10% increase. 20 billion dollars is what brands forked out to be sponsor professional sporting leagues in the US in 2013. It’s not loose change but keep in mind that figure represents 30% of what brands spent on TV advertising and 50% of what they spent on digital.