Skip to main navigation Skip to main content Skip to contact form Skip to side nav Skip to footer
Estimated reading time: 10 minutes 2018 - What a year? 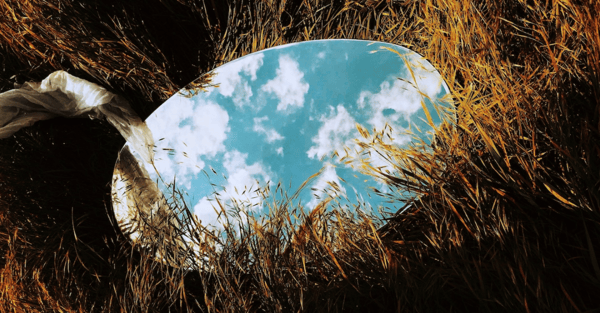 The implementation of GDPR saw brands and businesses work double time to send push emails and pop-up notifications, to ensure that they could continue to mine our data.

Zuckerberg and co. proved to be an even bigger threat to competitors with the launch of IGTV, though suffered a hit themselves following the departure of their Insta-Founders, Systrom and Krieger.

Google sent us into a mixture of awe and alarm with the release of the recording of the Artificial Intelligence phone assistant, who reacted in a soberingly realistic way to the voice at the other end.

And, naturally, while Google gave us a glimpse of the future, unfortunate, tone-deaf adverts, à la Dove and Pepsi, ensured that we were kept firmly in the present.

2018, you sure were something, but as you draw to a close, it’s time to move on and focus on your soon-to-be successor and find out what’s in store for marketing next.

And we are live

Over the past few years, the likes of Video-On-Demand, traditional streaming, and replay brought us to an increasingly crowded place of stagnant engagement, where interaction with a brand or medium was completed in a solitary fashion, unrestricted from the borders of time and place. And while this trend will continue to have a rightful place in audiences' hearts for the next decade, like the prodigal son, live-engagement has returned to the forefront and is evolving to serve its audience once more.

And in what better way can the prodigal son return than in the form of the British Royal Wedding, the FIFA World Cup, and ITV’s Love Island. Three key events and television slots across the U.K and Ireland in 2018, that not only brought record-breaking numbers in viewership (4.1 million people tuned in to watch an actor’s daughter kiss a pen salesman), it also brought a new level of audience interaction with social conversation bringing viewers together during these live moments.

In their recently published report WPP owned, Mindshare, predicted that “We will move away from passive viewing as we are presented with more tools to involve us in the moment, from commenting on social media to taking part in Q&As with experts to additional 360-degree feeds giving us exclusive tours of sporting venues.”

This idea plays nicely into our own predictions, presented in our report, 18 for 2018 Report, that stated that the friction between augmented reality and the physical world is decreasing and that audiences in 2018 will “rely on these digital products, coming back day after day to access them.”

This is demonstrated through the huge success of the BBC Sport VR 2018 FIFA World Cup app which gave supporters a truly immersive experience, giving access to the stadiums in Russia from the comfort of their own home.

But it’s not just world events that are utilising ‘live’. Over the last two years, Instagram Live has wet audiences' appetites for up-close-and-personal transactions with their favourite online personas, this will be taken even further in 2019, as Augmented Reality becomes increasingly integrated into the live streaming experience.

Earlier this year, at Cannes Lions Festival of Creativity, L'Oréal owned brand, NYX, announced and showcased the release of their new digital beauty service. The service will use A.R and live stream to connect customers to their very own beauty assistant who will help test and advise them on products.

The next level of personalisation

With beauty assistants recommending the best shade of lipstick from across the screen and possibly, across the globe, it’s no surprise that increased customer-centric marketing will be a growing trend in 2019, one which we have covered in more detail in our white paper, The Impact of Personalisation. Personalisation is nothing new and, depending on how you chose to opt when the GDPR-induced communications arrived, you've already seen your inbox filled with messages, products, services, and great deals made just for you.

Two years ago, AdWeek predicted that by 2019, 67 million voice-assisted devices will be in use in the U.S. Numbers published in early 2018, showed that they were less than 20 million shy of that figure, so no doubt by 2019 this prophecy will have come to fruition. But what does that mean for marketers?

With increased usage of voice assistants, consumers are beginning to rely more heavily on the likes of Alexa for day-to-day searches and purchases. Whether it be the composition of a grocery list, the scoop on a new restaurant, or simply a song request, the mode of search has changed.

Verbal questions need verbal answers. Leading Tech Provider CMO, Allen Nance “When you do a visual search on a desktop or a mobile phone, you're presented with multiple choices or answers to your query.” “But when you do voice, you're pretty much getting whatever answer the device—or the company that owns the device—thinks is the right answer.”

Without the option of being top of the search page or even a scroll away, marketers need to think about new ways to become the answer to their audiences’ questions. It is a tricky time for marketers, however with the multitude of data audiences are willingly supplying to voice assistants, it won’t be long until a very familiar voice will be informing you about the latest special offer made just for you.

In our 18 for 2018 Report, we said that “the friction between discovery and purchase will decrease as consumers are empowered to make purchasing decisions based on relevant products or services they see in their daily media intake.” And with personalised offerings set to trickle through our eardrums in the near future, we can’t help but thinking we were quite right.

It has been said before and will, undoubtedly, be said again, but still, the sentiment hasn’t lessened – we have reached peak content. An article by Sasha Viasasha published in LinkedIn in April gave tell of the “2 million blog posts are written each day”, the “31 million Facebook posts uploaded every minute”, and the “2.4 million emails are sent every second.”

These numbers alone are exhausting, the idea of actually consuming that much content is another story altogether. Naturally, with audiences’ ever-reported-upon, mystically short attention span, they will not be consuming all of this content. Still coming into the new year, with content on the up and attention on the down, how can marketers really connect with their customers?

Think With Google has identified micro-moments as the new consumer behaviour that will facilitate marketers in delivering brand messages to the right consumer at the right time. In today’s voice-assisted, virtual reality, we want it all and we want it now.

Google has identified that there are many decisions made by audiences are instant in the moment. These four moments are:

By identifying and building a content strategy around these moments, marketers can avoid inundating audiences with unwanted and unnecessary content. Further to that, they can time and utilise their content to be the answer to their audiences’ questions.

Answering audiences’ questions is only valuable when the answer is truthful. Since the dawn of the influencer (another thing that has most definitely peaked), the call for authenticity in content has staggered. The overall consensus on how to deliver this is by creating content that is honest and transparent, but some brands are moving even further down the spectrum and empowering their audience to create their own content.

Executed previously already by brands like GoPro and Starbucks, 2019 will see audience content being hoisted into the limelight, particularly as VR and AR capabilities become more widely accessible.

This is something audiences, particularly younger audiences like our Gen Zers, have been calling out for since the beginning of their digital tenure. These mobile natives, as predicted in Epsilon’s 2018 trend report. 18 for 2018 Report, states that Gen Z are “not only adept at consuming content, but they are also avid creators”

...2019 is (almost) here. And, with Gen Zers, augmented reality, and artificial intelligence acting as key players in the mix, we predict it will come in fast and hard – are you ready for it?