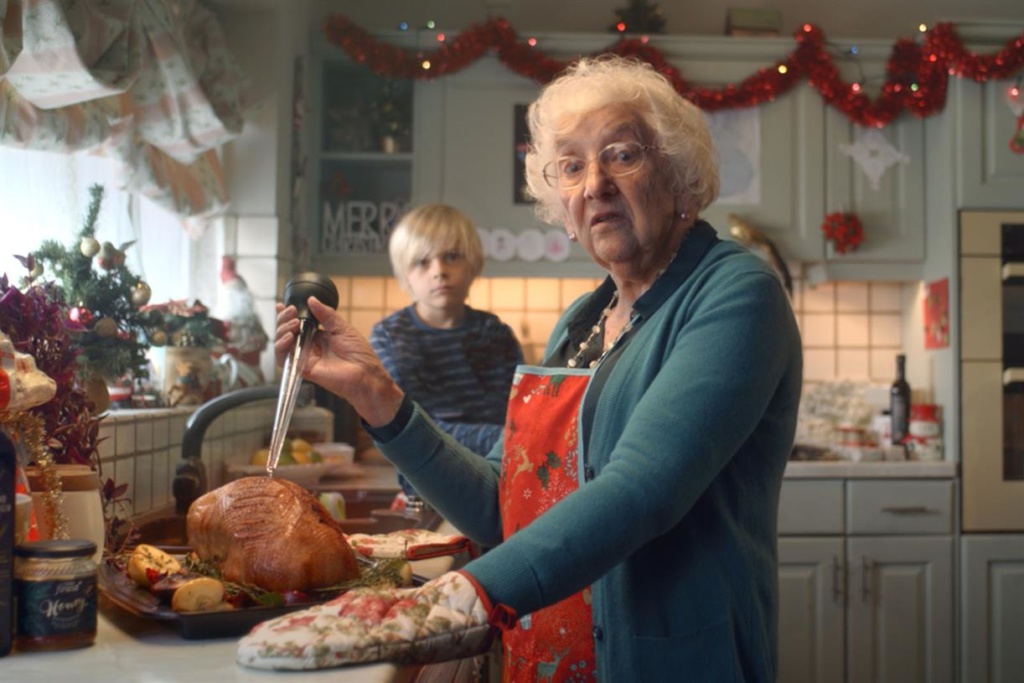 For some, it’s sprouts, mistletoe, and mulled wine. But for us, when it comes to the holiday season, it is all about the Christmas ad. So, in celebration of the most wonderful time of the year, we have mapped out our top 5 favourite festive offerings of 2018. 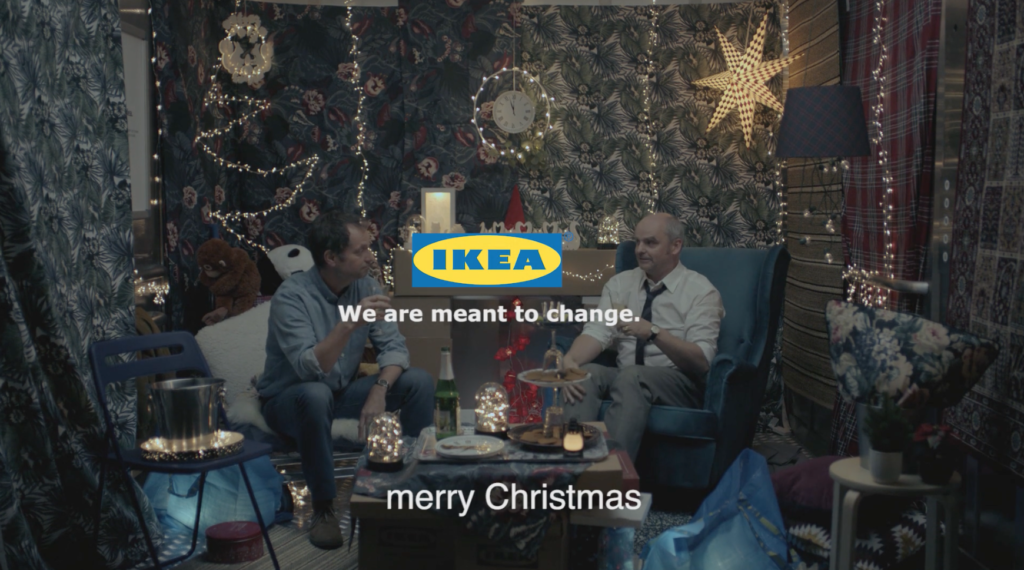 The best way to describe Ikea’s 2019 Christmas ad? It’s very...Ikea. While they are not celebrating the wonderful every day, it is still in the ilk of Ikea’s love for the obscure and the average. Two male shoppers enter a lift, which quickly dysfunctions, leaving them trapped. Initially there is an air of tension between our shoppers, (our trench coat wearing character is not a big ginger biscuit fan evidently) however, with a little time and a whole lot of Ikea merch, the two soon put their differences behind them, deck the halls, and celebrate Christmas from the comfort of their own confinements.

A title card reveals that “7 people out of 10 celebrate Christmas at home.” With this in mind, our protagonists toast their surroundings, enjoying a new and different type of festive celebration. The Ikea logo appears on screen with the campaign line, “We are meant to change.” And while this ad somewhat indicates that Ikea’s style of advertising is staying stagnant, that is not necessarily a bad thing. Watch here. 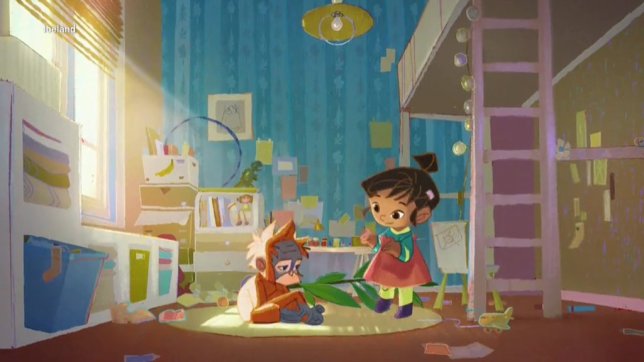 Even though it didn’t air on television, you are unlikely to have missed Iceland’s Christmas ad. Banned from broadcasting, the animated short was dubbed as being “in breach of rules banning political advertising as laid down by the 2003 Communications Act” due to its advocative message. Created by Karmarama, the ad, which features a young girl and rang-tan voiced by one of Britain's most critically acclaimed actresses, Emma Thompson, illustrates the damage the production of palm oil can do to our furry protagonist, and the environment at large.

The ad is a simple yet effective education piece on the dangers of our everyday products, such as shampoo and chocolate. It is beautifully written and expertly executed, with Thompson’s melodic tones inciting action in the audience. Watch here. 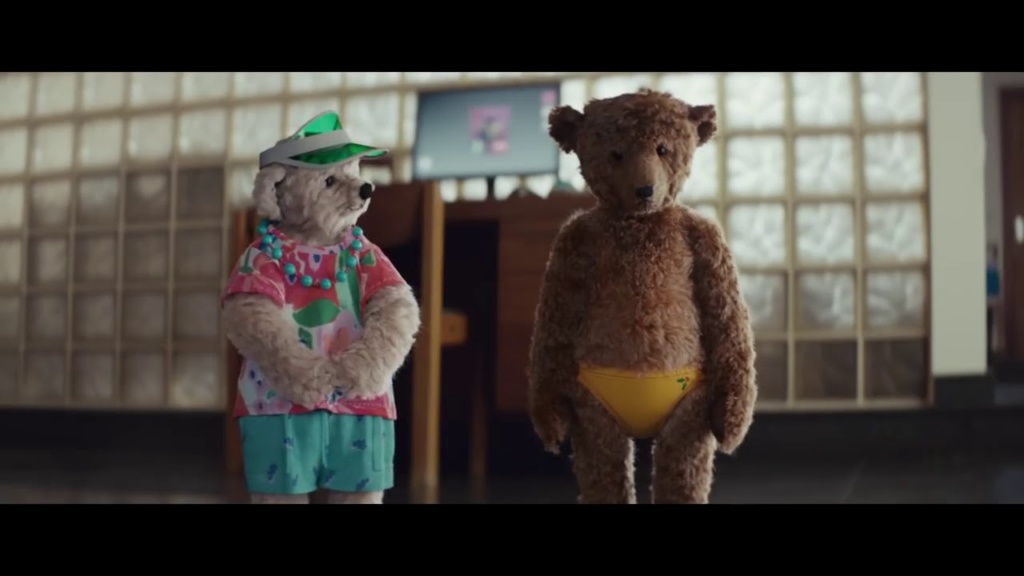 The Heathrow Bears are back in what is their third soiree on the silver screen and, once again, they are giving us those warm and grizzly feelings. Last year, Heathrow Airport treated us to a window into the life of the Heathrow Bears, their first meeting, their romance, and their growing family. Each moment of their life is illustrated in affection with a backdrop of airport arrivals, where emotion runs high on and off the screen.

The ad was a big hit and, akin to Ikea staying with what works, Heathrow Airport and Havas, have brought the bears back again. This time around they are lapping up the heat in their retirement village in Florida but, realising that tropical heat and microwave dinners are no match for quality time, the two make the journey home. After three years, this recycled treatment could be dubbed a little bit tired, but, as the door opens on our protagonists and their family rejoices in the surprise of their return, we’d be of the mind – if it’s not broken, don’t fix it. Watch here.

The one gift Santa can't deliver 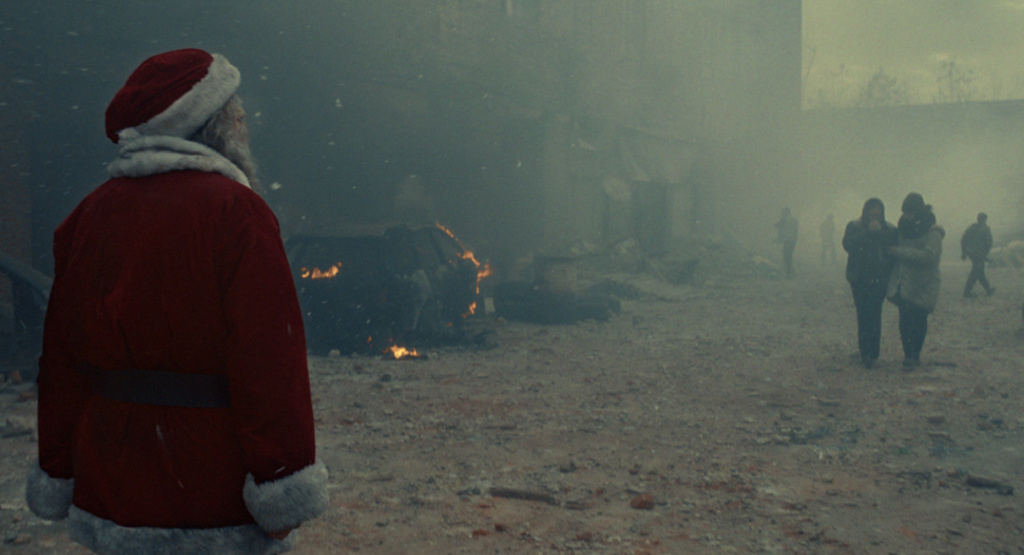 It might not be the ad we want but this year’s offering from the International Committee of the Red Cross is the ad we need this Christmas. Created by London agency, adam&eveDDB, the short opens on St. Nick himself to the soundtrack Andy Williams’ iconic Happy Holidays. But rather than shaking his belly like a bowl full of jelly, this version of the titular character has a look of despair across his face as he bears witness to a land ravaged by war and violence. Making his way through open fire and fleeing victims, he is eventually brought to a young girl, who his overjoyed by the sight of him, hoping he will bring her the one gift she is looking for, her family.

In a final cruel twist, the old man despairs, leaving the girl alone and scared in the wreckage.

This ad does not bring Christmas cheer, nor is it meant to. Instead, it delivers the painful truth, that while many of us are overjoyed at this time of year, the problems of others do not take a holiday. The final moments of the ad give a nod to the help the Red Cross does for families each year and invites the viewer to help too. Watch here.

However you do Christmas

While not as blatantly emotive as the others on our lists, Tesco still brings the festive feelings with their 2018 advert, However you do Christmas. Aptly sporting the hashtag #EveryonesWelcome, Tesco takes a light look at the mish-mash of coming together at Christmas and shows all manner of families and friends coming together to celebrate the big day in a variety of circumstance.

The piece hits all the right notes in terms of humour, diversity, and product placement. But, best of all, it encaptures that indescribable feeling that occurs around Christmas when we’re forced to spend time with people that we may not like, but for better or for worse, love. Watch here.