The luck of the Irish (burger) and the burn of a politically-centric ad, it’s all in this week’s Round-Up.

Attack of the Mac 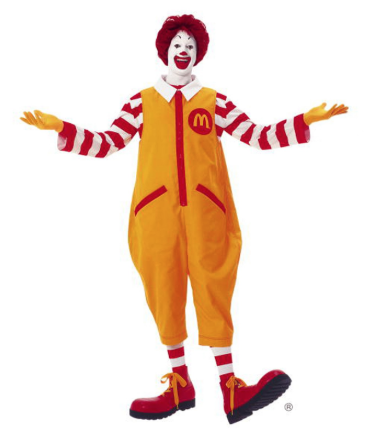 Everyone loves an underdog, particularly one that goes head-to-head against a multi-billion corporation, and wins. Earlier this week, the European Union's Intellectual Property Office sided with Irish hamburger chain, Supermac’s, in their appeal to cancel McDonald’s longtime trademark of the ‘Big Mac’ and ‘Mc’ in Europe. This decision not only allows Supermac’s to continue with their plans of expansion outside of Ireland but, more significantly, also highlights the opportunities for businesses of smaller market share to contest bigger corporations’ often unjust behaviour. On the matter, Pat McDonagh, founder and managing director of the fast-food franchise said, “The original objective of our application to cancel was to shine a light on the use of trademark bullying by this multinational to stifle competition.” And shine a light they did. The eatery, whose origins can be found in the West Galway town of Ballinasloe, population 7,226, has made headlines this week in global publications such as Forbes and The New York Times. 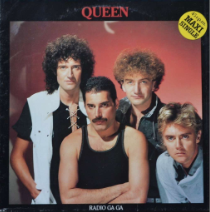 Deloitte is the latest to release their 2019 trend predictions for the industry and, in a bid to look into the future, it seems the multinational professional services network is looking to the past. On radio, Deloitte reports that “the 99-year old traditional medium, will maintain its hold on UK media consumption.” Is this music to marketers’ ears? We think so. Following numbers of increased usage of on-demand, streaming, and podcasting services, fears had arisen that the humble radio ad was on its way out. But, alas, Deloitte has predicted that 2019 will bring a weekly audience of almost three billion for the wireless.

Global head of research for technology, media, and telecoms at Deloitte, Paul Lee commented, “Due to the rise of on-demand media and streaming services, many underestimate the influence radio still holds. The perception that video or indeed streaming has killed the radio star is simply not the case. Whether it’s in the car, over breakfast, or even at work, the vast majority of people in the UK still have at least one ear on the airwaves during the course of the day. Radio is alive, well, and enjoyed by all ages.”

To find out more about 2019’s upcoming marketing trends, check out Epsilon’s 2018 Year in Review, where we squash the previous year’s predictions and look ahead to what’s in store for the year ahead. 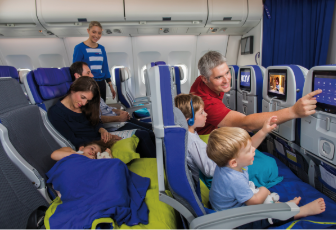 Is there such a thing as being too audience-focused? Well if you take Air France subsidiary, Joon, as your example then the answer is yes. Earlier this week, Joon, the budget brand created with millennials all too much in mind, announced its reintegration into its parent company following a tumultuous first and last year in business. On paper Joon’s initial brand strategy had potential, focusing on its target audience’s well-documented inclination for cheap seats and luxury beverages (Joon boasted an array of craft beers, signature cocktails, and organic coffee onboard), as well as their nomadic lust to travel and take a selfie in metropolitan cities like Berlin and Barcelona.

But off the page, much like the brand’s target audience, Joon proved to be all style and no substance. Their first big barrier was their inability to cut costs below Air France. Flying large, inefficient carriers on their long haul flights kept costs highs and offered passengers no real incentive to migrate to this relatively unknown brand. Secondly, and possibly in consequence of a rocky take-off, they botched their audience targeting in their adverts. Pictured below is a snapshot from one of Joon’s campaign. Far from a millennial haven, the ad shows how they can cater for almost every generation except the audience they wanted to attract. And with that the brand collapsed, it seems Joon’s time in the industry was merely a flying visit.

Home is where the high-speed broadband is

Working remotely is a concept that today’s workforce is coming increasing accustomed to. As our network connections get stronger and our face-to-face contact depletes, the necessity of having a fixed worked abode is becoming less and less. Many of us have become what CEO of EAK Digital, Erhan Korhaliller, calls digital nomads, those who can choose to work wherever the high-speed broadband is. As one himself, Korhaliller lists for Entrepreneur.com his picks of Europe’s most attractive cities to work, and play. Among them is the eastern charms of Istanbul, the sunny shores of Barcelona, and The Netherland’s medieval city of Utrecht. Digital nomad or not each, as the cold dull, January weather sets in the list makes for great holiday inspiration.

The worst a brand can do?

Men’s personal care brand, Gillette, is testing these waters this week, with their stab at the prize for the year’s most hated ad. An admirable entry for just the third week of 2019, news sites, message boards, and Reddit threads have been set alight with discussion of the campaign We Believe: The Best Men Can Be. The short film which features men, both looking in mirrors and looking inwards, explores the idea that masculinity has taken a toxic turn of late and that it is up to the men of today to change the boys of tomorrow. Upon its release, the Procter & Gamble ad has been quickly compared to the infamous Pepsi ad, where a socialite model attempted to solve the world’s most gripping issues with a can of fizz. The ad is, at best, a commercialised attempt to move with the times and fly the flag for change within gender norms. And, at worst, it is...well, we suggest you read the YouTube comments for yourself. Whichever way you feel about it though, we suggest that before you publicly align yourself with a ‘side’, have a look at who is standing there with you (ahem, Piers Morgan is not a fan), after all, it is just an ad.