From the return of Vine to the ever constant Big Mac meal, this week’s Round-Up has taken a most nostalgic turn.

From staggering highs (two all-beef patties and three sesame buns? Madness!) to all-time lows (who among us didn’t chastise the brand and the burger following a screening of Super Size Me?) it’s been a hell of a 50 years for the Big Mac. And love it or loathe it, or loathe yourself for “lovin’ it”, there’s no denying that the Big Mac is quite the global institution, one that deserves a little love on its birthday. To celebrate 50 years of the Big Mac, McDonald’s France has rolled out a new campaign featuring retro styled burger lovers from the past five decades. From mullets to mops to beehives, the crux of the campaign is that “sports, technology, culture, politics and fashion have all changed, but one thing has remained constant – the Big Mac.” 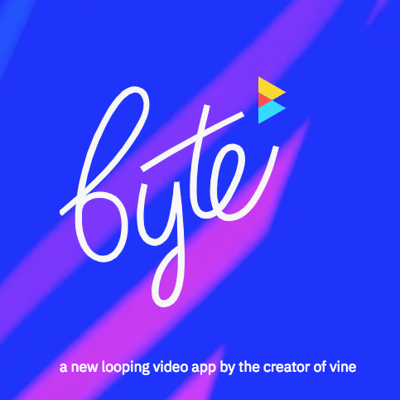 Vine is back! If that doesn’t mean much to you worry not. Vine was a short-form video platform app, which allowed users to record up to six seconds and then loop it. Those who missed its initial tenure can be forgiven. Though extremely popular among certain generations, that favour lasted a short four years, and the video app ceased to be in 2016. However, all is soon to be resolved with the launch of Byte, Vine 2.0 in the new year. So what does this mean? Well for video-loop lovers it’s a time to refresh the skills and express themselves in a way that they have perhaps painfully missed. For Facebook, it’s a time to replicate and repeat their competitor’s work in an attempt to remain on top.

Last Friday, in what was described by Digiday as a “quiet release”, came the launch of Lasso, Facebook’s very own short-form film app. And though initially, Lasso piqued the interest of a few, video creators were quick to express their disinterest in it. One called it a “regurgitated version of Vine, Musical.ly and Instagram’s Explore” and continued to say the Zuckerberg's multi-billion corporation is “trying really hard to be relevant.” Evidently, it is not going so well. 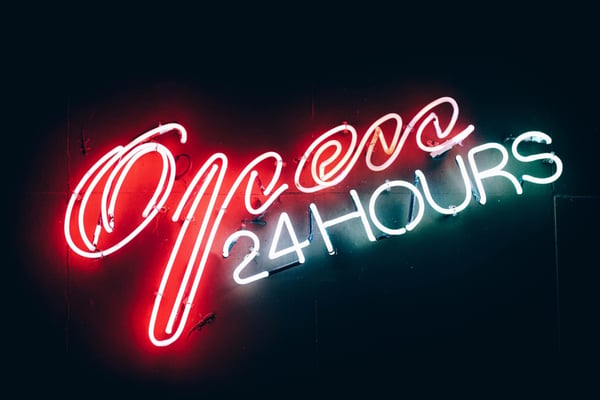 Those who remember a time of having to squeeze, shuffle, and squat through the shops on the lead up to the holiday season will surely agree that the invention of online shopping is one which should receive a whole lot more credit. Right? Maybe not. ParcelLab, a shipping facilitation company, has recently released a study that reveals the trials and tribulations of shopping online, and how it ramps up considerably around the festive season.

Of the biggest consumer qualms, items being listed as available when actually being out-of-stock (31%) and poor post-purchase communication (14%) were among the worst offenders. Late delivery (28%) was another one which really ramped up around the festive season with “56% of Brits saying delivery takes at least one day longer at Christmas, and 28% reporting it takes at least three days longer.”

So, while wading through a sea of frantic shoppers does not a glamourous Friday night make, with reports like these, perhaps the grass really is always greener on the other side.

A fist full of dollars and data 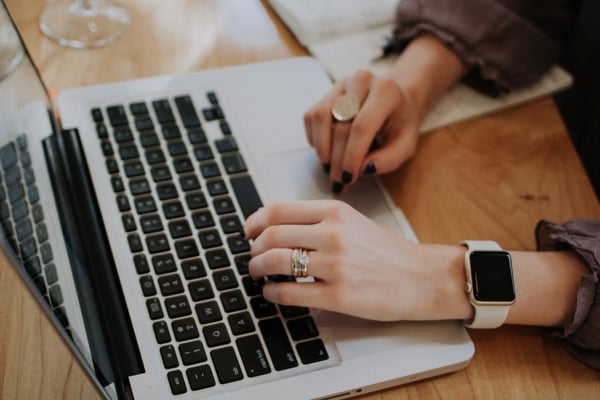 While on this passed 11th November our broadcasts were mostly filled with centenary memorials, across the globe, somewhere in the land of retail another significant event was happening - Singles’ Day - an annual shopping event invented by Chinese retailer, Alibaba. Last year, on that day alone, the company made over 25 billion dollars. But it’s not just cash that’s filling Alibaba’s pockets, it’s information too.

Singles’ Day is one of the biggest data collecting days for the retailer. Through apps, such as Taobao, an extremely popular fashion retailer owned by Alibaba, the company takes stock of what you buy, what you browse, and what you bookmark and uses this to further tailor your shopping experience to your needs. This is nothing new for retailers but, as they own a large share of the market, the amount of data owned by Alibaba is colossal. So much so that they are farming it out to others. Last year, Alibaba sold a large sum of its data, or your data rather, to Pepsico. However, on the matter, a representative for Alibaba has reassured BBC of its utmost respect for customer data

“We view data protection as a top priority and any information shared with brands, merchants, or other third parties is provided on an aggregate and anonymous basis.” 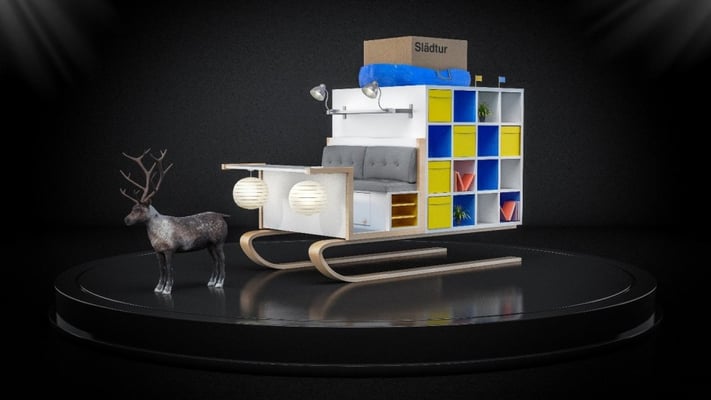 While it may be nice to imagine a more magical side of the holidays, when a tradition is born out of commercialism, eventually it will come and claim it back for its own. Case in point, gifting retailer, Red Letter Days, has reimagined Santa’s sleigh to fit in with modern-day needs, and modern-day shopping habits. Whether he is still in Coca-Cola red or not is up for debate, but this year, the team at Red Letter Days, see the heavy set man riding in style à la Ikea’s Sladtür, Apple’s iSleigh, Carlsberg’s ‘Probably the Best Sleigh in the World’, Ferrari’s F1 SLGH18, and Redbull’s aptly-named ‘Because Reindeer Don’t Have Wings’. Naturally, each fits the festive season while simultaneously showing off its brand's most iconic features – Ferrari delivering 660 reindeer power at 8,000rpm and, according to a rep from Red Letter Days, the Sladtür boasts a “flat pack style allows Santa to easily pack his transport away during the less busy months.”