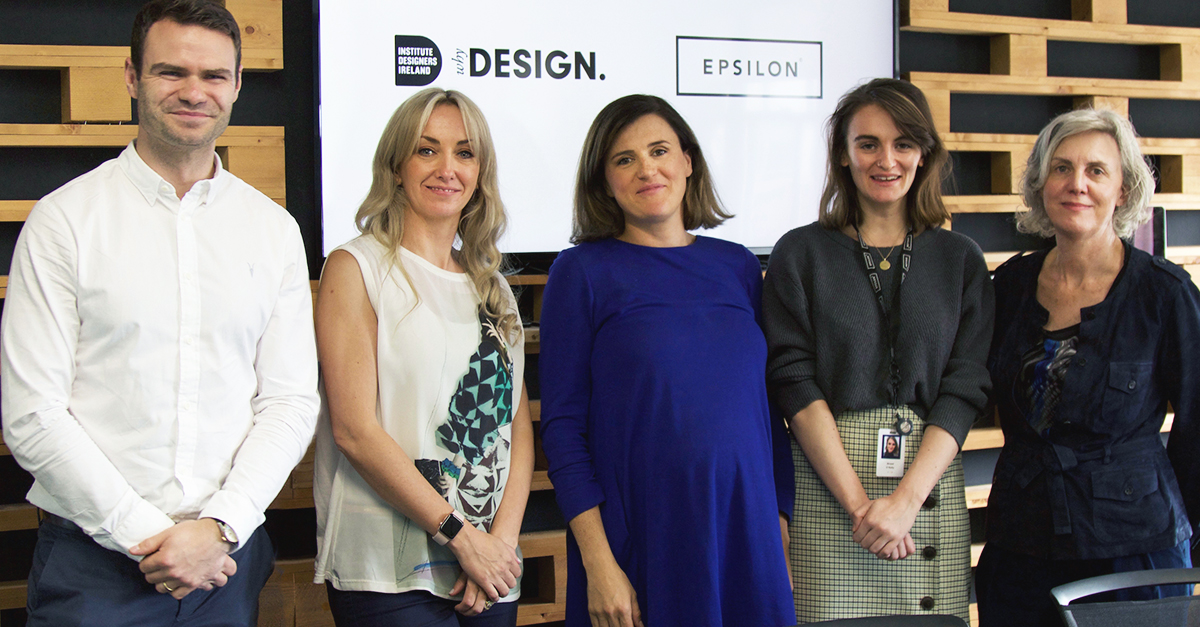 As Design Lead with Epsilon, Vanessa Fay is an expert in brand creation, visual communications and brand activation. But despite her success, her path from leaving school to her first job in the design world was not straight-forward. In fact, she didn’t realise it was the career for her until she was already 26.

“I always knew I wanted to do something creative, that was the only thing that was clear,” she says. “I really liked Art in school and went on to do a degree in Photography in DIT Temple Bar. It wasn’t until I went to London to work in design communications for NHS Camden, where I was designing for health campaigns, that I realised it was actually a full-time job that I could get paid for. So, I did a graphic design course, I must have been 26 by that stage, and I really felt like I had a lot of catching up to do.”

Her own experiences of finding her career path inspired Vanessa to get involved with WhyDesign – an initiative set up by the Institute of Designers in Ireland (IDI) to improve gender balance in the industry, which is currently 75% men and 25% women. Now a member of its steering committee, Vanessa explains that part of WhyDesign’s aim is to create role models for girls and young women who are trying to pick a college course and considering a career in design.

“When I was coming out of school, if students were deciding on a creative course with the aim of advancing into a creative career, there wasn't much guidance. We only had the prospectus and advice from your CGC, which in my case was very limited. At most you would get a week's work placement if you were lucky.”

“It was hard to picture what your course would lead to and what a career might look like in five or 10 years’ time. So, the WhyDesign platform wants to have a good representation of the types of careers that are out there. It’s a true representation of the diversity of jobs – there’s fashion, graphic design, jewellery, architecture – and demonstrates that no one discipline is really out of reach for any student.”

Vanessa feels this type of initiative is vitally important to inspire young women to become designers, and she says the proof is in the progress that similar work has already helped to bring about.

“I’d like to think that through the actions of initiatives like WhyDesign and the work being done by many other organisations it’s a little bit easier now and young women are feeling more empowered these days compared to when I left school in 1999. There’s definitely a real feeling of empowerment that’s part of our national narrative right now.”

"...young women are feeling more empowered these days compared to when I left school"

“Students and young designers should be encouraged to feel more confident, to stand up for their creative choices while learning to take criticism on briefs in order to grow into stronger designers, for example. This will carry through to looking for jobs, asking for promotions and progressing in their chosen creative career.”

Vanessa’s main piece of advice to young female designers is to never underestimate yourself.

“My advice is to stay confident and to trust your skills,” she says. “As women, we tend to underestimate our abilities. It’s definitely one of my flaws, and I know a lot of female designers would agree.”

“You should embrace the qualities that make you stand out. Stay interested and curious to learn and work your ass off - because if you’re doing a good job and doing the best you can do, then nobody can question your ability to do the job based on your gender.”